returned from an arduous mental, physical and spiritual journey through Spain and France. He generously agreed to share insights from his experiences although he himself was still processing what he had learned.

Inspired by a series of intriguing synchronicities while contemplating his personal journey, Krishan, on a whim, bought a one-way ticket to France, not knowing when he would return. The first part of the plan: to walk the Camino de Santiago, a 900 km spiritual trek involving steep hills, mountains and long, dusty roads; where millions of pilgrims (‘peligrinos’) had traveled over the past thousands of the years to reach Santiago de Compostela, the burial grounds of a famous sage.

In our super soul circle, we asked Krishan if he could relate his experience to a speech given by Nipun at a college graduation. Nipun’s speech reflected on his own spiritual journey in India, which he described by using the acronym
W-A-L-K. All of us listened with great rapture as Krishan slowly shared from his heart what he had learned about himself, human nature, and life.

(W) Witness – During the journey, Krishan found, fortunately or unfortunately, that there were no distractions between his mind and body – and he had a chance to witness his thoughts and bodily activities through every circumstance imaginable: excruciating heat (which melted his glasses!), indescribable fatigue, expansive, blinding plains in every direction, loneliness, fear-filled situations and even joyful moments with 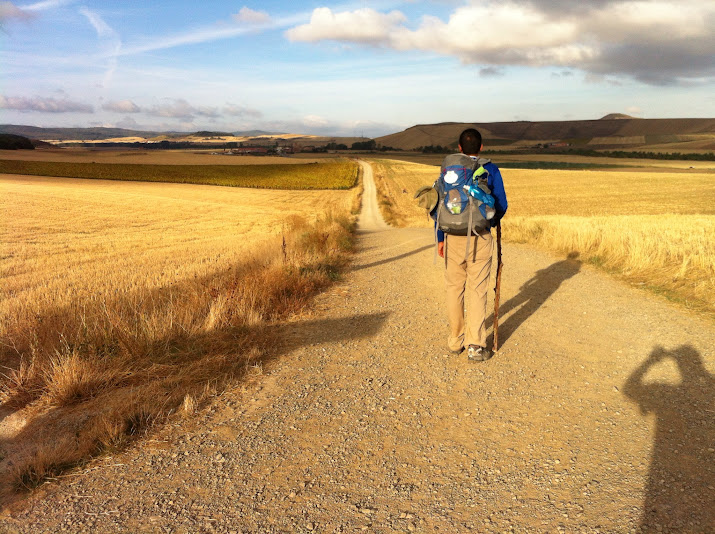 fellow peligrinos. This experience proved to be meditation in action, revealing many important, and sometimes difficult, insights to him. It was also an opportunity for Krishan to witness nature and humanity in truly natural settings, making him a keen and appreciative observer to the wonders of life.


(A) Accept – Leaving the world of preferences during his busy life here in the US, Krishan found the journey to be both liberating and challenging. One key insight was that he had to accept his body through 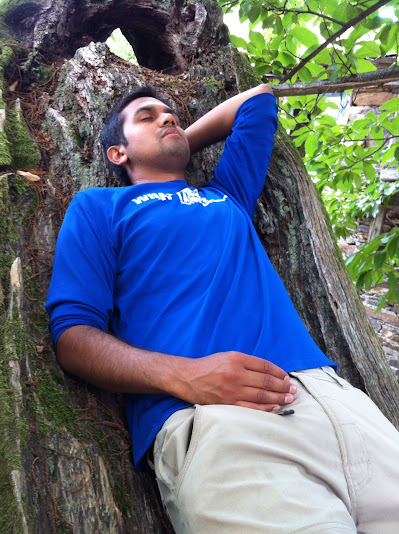 every circumstance, even if it meant overcoming his ego about what he could and could not do, physically. Another was to accept tough conditions as they appeared on the trip - relying on just a few pairs of essential clothing (sometimes wet when he put them on!), not being able to find vegetarian food along the way, flies and bees swarming around his eyes through dry patches; at one point, Krishan found himself taking a wrong turn and ended up walking along a scary, lonely highway; because he didn’t reach a village in time, he ended up sleeping on a bridge in freezing temperatures - a night which he will never forget. All of these situations proved to be tests to his natural set of preferences; slowly making him realize that accepting life as it came was his only option – this would be his path to joy.

(L) Love – During the journey, Krishan found instances of true love, one exhibited by humanity in a spirit of kinship and non-duality, especially in difficult times. During one particularly challenging stretch, his right knee began to throb with pain, and each step became excruciating. After inching along, he finally made it to a village, where he met a Spanish 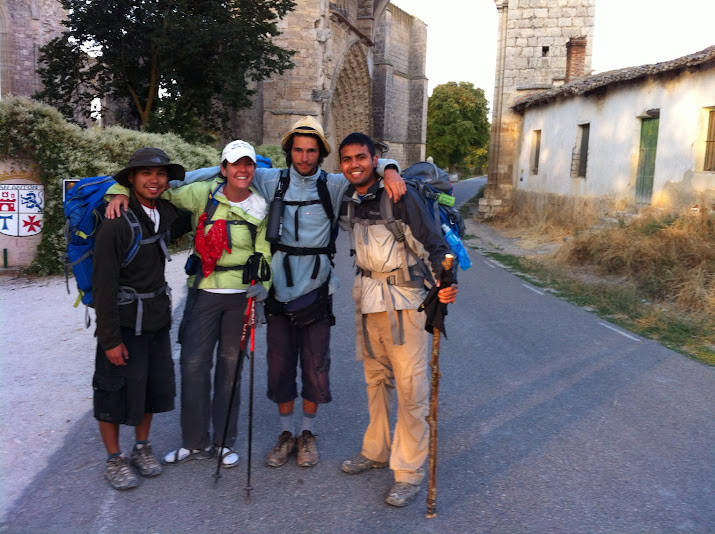 father and son duo who had passed by him on the walk. Krishan honestly shared that he was hurt and even angry that they passed him by without offering to help. And so it was to his surprise when the father asked Krishan to stop by his room, sit on a chair, lifted his right pant leg above the knee, and began to massage his knee with a cream in the most loving manner, as though Krishan were his own son. As he shared this story of selflessness and true love with us, we found ourselves transforming internally, reflecting hard about non-dualistic love and the spirit of kindness.


(K) Know thyself – The trip allowed Krishan to gain a deep understanding of what his needs are. All the peligrinos and supporters along the path kept repeating the slogan “this is your pilgrimage, you do what you would like!”, reminding him that his priorities and needs came first. There were times when Krishan needed to be alone on the path, times when he enjoyed the company of fellow peligrinos, and times when he just felt like laughing or crying. In each situation, he found that understanding, expressing, and fulfilling one’s own needs are key to knowing and loving oneself. And when you love and know thyself, you are fulfilling one of the highest forms of service. 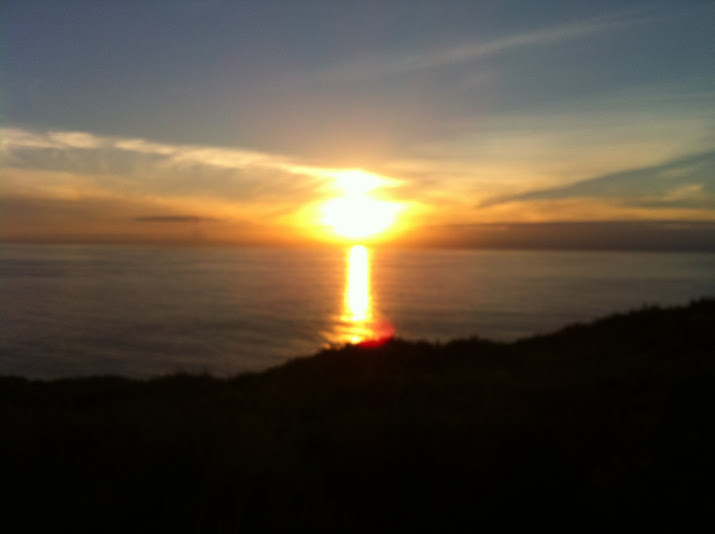 day-to-day lives as part of a larger, spiritual journey. We were grateful to him to not only take this very important trek for himself, his community and family, but also for sharing his insights and lessons with us in an authentic and open manner, helping all of us reflect on how one can lead life more mindfully, with greater joy, love and acceptance.

Service, Simplicity ... And Songwriting! Being a joyful Heartfulness practitioner and a huge fan of ServiceSpace, i present an article on ... Read more